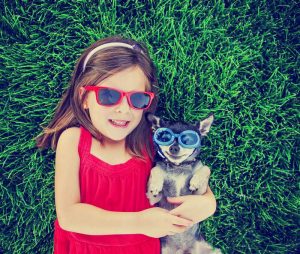 If your child has celiac disease, it means they have an intolerance to gluten, a common ingredient in food. Children can flourish despite having celiac disease with the right medical care, which Ahmet Aybar, MD, of Annapolis Pediatric Gastroenterology and Nutrition in Annapolis, Maryland, can provide. Dr. Aybar is a board-certified pediatrician who provides exceptional specialist services for children and young adults who have gastrointestinal conditions such as celiac disease. Call Annapolis Pediatric Gastroenterology and Nutrition today to schedule a consultation or book an appointment online.

What is celiac disease?

Celiac disease is a chronic condition that develops because your child has an intolerance to gluten.

Gluten is a protein found in wheat and other grains. It’s what makes bread dough elastic, and is a common component of many foodstuffs. Children who have celiac disease can’t digest gluten properly and experience a range of unpleasant symptoms.

For this reason, it’s vital to visit Annapolis Pediatric Gastroenterology and Nutrition, so Dr. Aybar can test your child, especially if they’re starting to show symptoms. Testing for celiac disease involves a simple blood test in most cases.

What are the symptoms of celiac disease?

Symptoms can vary depending on the age of your child. Children under five are likely to have symptoms such as:

School-age children aren’t so inclined to vomit as babies and toddlers. They might have diarrhea, or, in some cases, constipation. They’re also likely to complain of stomach ache. Some children lose weight or can’t put weight on.

Older children who have celiac disease often experience symptoms that don’t seem to relate to their digestive system. These are called atypical symptoms and include:

Some children exhibit symptoms in their first year, after moving onto solid foods. Others don’t develop symptoms of celiac disease until much later, after years of eating food containing gluten.

The severity of symptoms also varies between children. Some have symptoms that are so mild you might not realize anything is wrong. Some children experience symptoms almost straight away after eating food containing gluten, but the effects only last a few hours. Others have symptoms that last for several days or weeks.

How is celiac disease treated?

There isn’t a cure for celiac disease, and your child is always going to react to eating food containing gluten.

However, the prospects are good for children who have celiac disease. Your child is highly likely to respond well to a gluten-free diet and should feel much better when they’ve not had any gluten for several weeks.

Eliminating gluten from your child’s diet results in a return to normal growth rates, so they should achieve a healthy height and weight for their age, and restore their bone health.

Find out more about testing for celiac disease and eating a gluten-free diet by calling Annapolis Pediatric Gastroenterology and Nutrition today, or book an appointment for your child using the online tool.